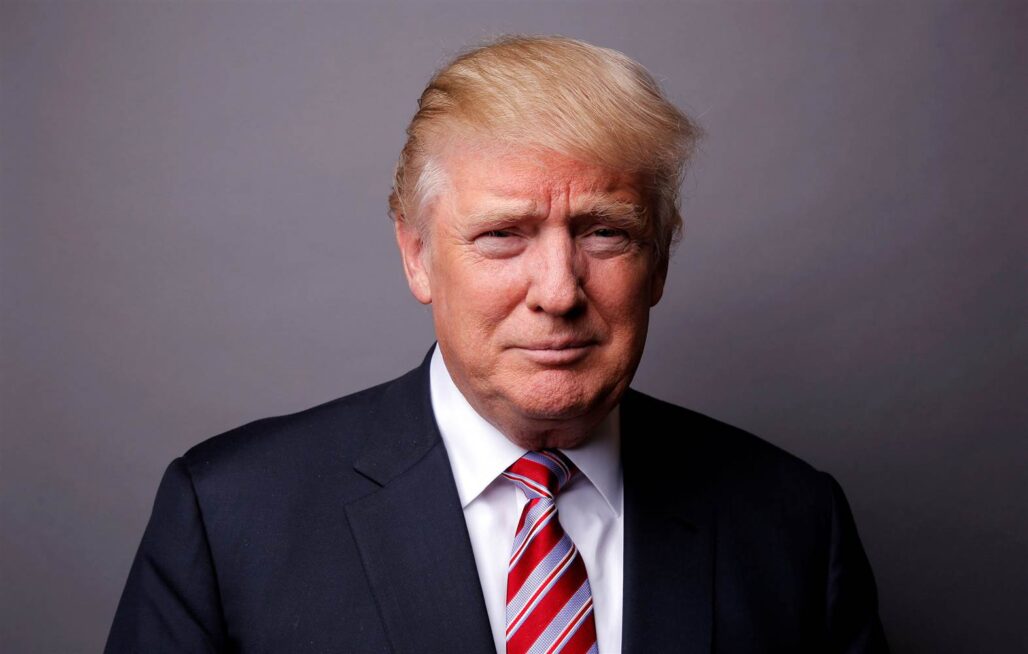 President of the United States of America

IDEAL DESTINY assuming the ability to fulfill it

President Trump’s destiny is to gather large groups of people together and shepherd them in a certain direction. Not a physical, tangible direction but an ideological one. Ideally, this would be fulfilled by the construction of something physical, such as a building — or even better, a community or civic center. Trump is a proselytizing energy. He accesses group energies and then installs his twist on that energy so as to enhance or morph it to align more closely with his personal energy field.

The absolute ideal fulfillment of Trump’s destiny would be as a pastor of a large church or director of a city civic center, a place that would be a showcase of culture and beauty for an entire region. This is because he possesses a remarkable quality that creates an energy bubble around him, projects it outward, and then magnetically attracts others into it who will align with it and help the bubble grow.

If he were to have applied his gifts to making an idea grow, as with a church (“help your fellow man”, “brotherly love”, etc), or as with a city civic center (“come visit our beautiful city”, “enjoy these world-class cultural events and offerings”), he would have been very successful, not as in financial success perhaps, but in touching the lives of thousands of people in positive ways.

Unfortunately, if he were to now switch gears from his previous and present pursuits and instead pursue his ideal destiny with alacrity, he would not easily succeed. He has already created such a huge energy field of particular expectations about his character and ideals that this destiny is no longer possible in his present lifetime given his present age (not enough time left to deactivate his energy bubble and work on re-creating it to align more fully with his destiny).

What’s interesting is that like many people, Trump doesn’t now nor is likely to ever fully align with his destiny, although he is fulfilling a part of it. This is not uncommon. Destiny fulfillment is not an either/or situation — that either one lives their destiny or they do not. What is actually quite common is that people will fulfill a part of their destiny, or will align with their destiny but not surmount the obstacles to fulfilling it completely.

INTERNAL BLOCKS: Trump has concocted a strong personal self-image that is derived primarily from actions that help him feel less of his inner emotional pain (he can never live up to his self-expectations, and is deeply lonely) and more connected to the image of a powerful businessman. Because of his constant energetic connection to a self-image he cannot ever truly embody, his available energy for destiny fulfillment has been exhausted. At this point, given his trajectory and age, it is highly unlikely (read: impossible) that Trump will shift his energy allocation enough to even begin to fulfill his destiny.

EXTERNAL BLOCKS: Trump has spent a lifetime building energy connections to others. This isn’t uncommon; many of us build energy connections like this. These connections connect him to a way of being that other people have come to expect. When expectations like these grow and flourish over years and years, they become quite strong and very difficult to surmount. At this point, barring a complete breakdown of his soul and psyche (“nervous breakdown”), the external blocks preventing him from destiny fulfillment will keep him limited to his present way of being in the world.

WHAT IS REQUIRED to fulfill Destiny

If we were to magically remove the blocks to fulfillment of this destiny, what would be required to fulfill this destiny is that Trump would have a major spiritual awakening. This is less improbable than it sounds. He is actually fairly close to being in a position where he would be exposed to spiritual ideas that could have a strong impact on his perspectives about other people and the world. However, given the strength and longevity of his blocks to destiny fulfillment, this possibility is about as close to zero as it can be.

Donald Trump was meant to shepherd relatively small groups of people and create safe spaces for them to learn to feel their inner light. He was meant to help burgeon ideas that benefit many. He was meant to help shift people into connection, rather than exclusion. The world impact of this destiny could have been significant, as each group that he would have touched in this way would have expanded out energetically into other groups, much like the old shampoo commercial — “and they’ll tell two friends, and THEY’LL tell two friends, and so on, and so on, and so on….”. This destiny would have had people feeling good about themselves, and better about their communities and the world at large. This destiny would have helped people feel hope.

It’s easy to see the hole left in the soul of the world by the non-fulfillment of this destiny. President Trump could have made a sizable positive difference to the lives of many people by helping hold them in a space of growth and acceptance. However, the world is accustomed to the absence of this destiny. Would it have been a better world if this destiny had been fulfilled? Yes, very likely so. Is it a worse world because this destiny remains unfulfilled? Look around and see the kind of impact President Trump presently wields: the championing of demagoguery, misogyny, sexism, blatant lying and cheating, plus the underscoring of the economic disparity in our society.

If this destiny had been fulfilled, or if Trump was even on a course to fulfill it in the future, he would be affected several ways: physically, financially, emotionally, and mentally.

Financially, he would not have taken the risks he took nor would he have been disposed to bend or break tax rules. He would not have been a billionaire, but he would have been comfortably well off and able to support not only his family but also to make sizable charitable contributions directly to people in need from his community.

Emotionally, Trump would have received acclaim from his community, and therefore would have had no need to descend into the paranoia and narcissistic grandiosity that he now presents. He would have also received emotional support from his peers and would not have developed the alienation patterns that now leave him actively resisting his feelings of desperate loneliness.

Mentally, with all the support and acclaim he could have received by fulfilling his destiny, his thought patterns would have remained in support of ideas larger than himself, rather than dwelling on perceived slights and ways to target others to hurt them. He would have been focused on serving others rather than ways he could get more from people.

The fires of Trump’s anger and fear run hot inside him, and they fuel his every action, keeping his energy focused. At the same time, his internal energy is quite intense and chaotic, likely leading to cardiac events that eventually will weaken him to the extent of a sudden collapse and swift decline into death.

If this destiny had been fulfilled, many people’s lives would have been positively touched in an uplifting, life-affirming way. They would have felt part of something larger than themselves, a community of like-minded individuals, and they would have felt inspired to enhance the lives of others by sharing their excitement about the feel of being amid Trump’s energetic bubble.

Again, the tremendous impact Trump has on his community serves to exacerbate already-existing tendencies toward “other-phobia” (fears about refugees and immigrants, fears about people who practice non-Christian religions, fears about people with non-hetero sexual preferences and orientations, etc). His massive energy bubble affects many people. This unfulfilled destiny leaves a hole in people’s hearts, leaves them feeling empty and wanting, leaves them feeling very small inside a very big world.

HOW THIS DESTINY WEAVES INTO THE TAPESTRY OF HUMANITY’S EVOLUTION

Humanity is evolving toward a more interwoven, communal experience. It has reached peak isolation and now moves toward connection again. Trump’s destiny was to help support this important reconnection on a communal level, helping people feel connected to something greater than themselves. This evolutionary shift is destined to occur regardless of Trump’s contribution, but the influence of his fulfilled destiny would have been significant enough that the absence of it leaves a hole in the tapestry woven by the destinies of all humanity. There are others doing the sort of work that Trump was destined to do, and that work will continue even without his participation. As things presently stand, however, he is working against his destiny and against the expected evolution of humanity.