The Nature of Community

What It Means To Be A Community

Community is an inherent part of humanity — the creation, building, and maintaining of community takes up the majority of human experience. Every person is concerned at all times with building, creating, maintaining, and living in community. This is the largest part of human experience — without other people, there is no interaction or growth. You learn best through interactions with others, and you do so in various types of community.

Community may be defined as the combined spirit of those involved. Since each of you possesses within you the vastness of the universe, each of you brings this vastness to all the myriad communities of various sizes and composition that you take part in.

Therefore, each of you brings a sense of completeness to all the communities in which you participate. However, it is also the nature of being human to experience separateness and isolation.

People often feel a great sense of sadness caused by feeling separate and isolated. This sadness can be pervasive and difficult to see through. Operating within each of you are two seemingly opposing forces. One force is creating, building, and maintaining community. The other force is stark isolation and separation. It is this seemingly constant struggle between forces that occupies many of you for lifetimes.

Because of remembrance, you often resist living life on Earth — you resist immersing yourself fully in the experience that you are having. While on the one hand this resistance presents you with many unique and often interesting challenges, it can plague you with an accompanying and pervasive sadness.

You have community because you are human. All of humanity is your community. If you allow yourself the perception of being totally here now, you may sense the completeness and perfection of the community you are already a part of.

Perhaps reading these words may help transform your perception to a degree where you can allow yourself to acknowledge the community that already exists around you. There is no need to strive to build community and create something that already exists. You have community because you are human. All of humanity is your community. If you allow yourself the perception of being totally here now, you may sense the completeness and perfection of the community you are already a part of.

In common usage, the word “community” is closer to what could otherwise be called a “group”, meaning a collection of people. Often these are like-minded people, or people moving along a particular path together with a common goal.  However, the basic element of “community” is to commune, meaning “to be one with”. Every time you hear or read the word “community”, it will remind you that you already possess a oneness with All That Is, and there is nothing you can do to separate from that oneness. The phrase “warring communities” is ridiculous, because since community means a oneness with All That Is, how can a single thing possibly be at war with itself?

Because of your humanity, you are already one with everything else there is. 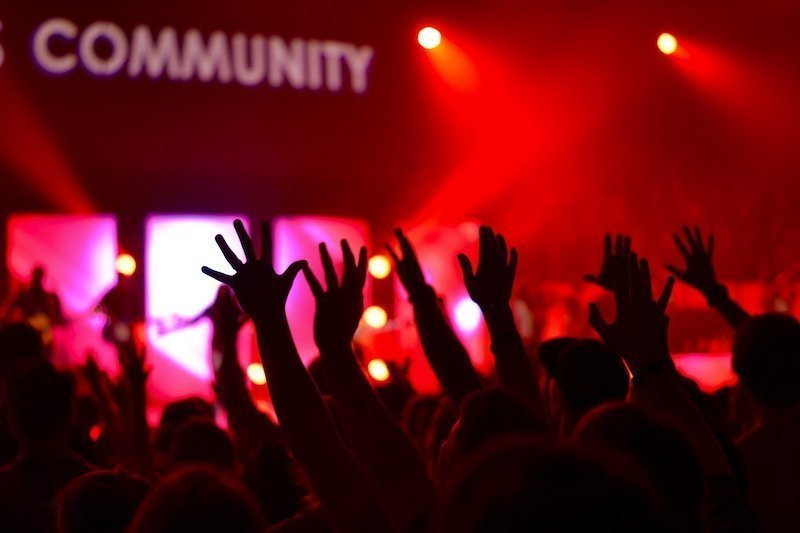 How To Recognize the State of Community

How do we forge conscious recognition of this state? Group dynamics are a co-creative atmosphere. It is not simply the individual that promotes the recognition of the interconnectedness of all. What are productive ways to promote this connected state as a group consciousness, seeing as that we are already connected and one with each other? How do we live as a connected community?

If it is your desire to be a part of groups that operate at what can be called a “higher level” of awareness than other groups that you may be involved with, then engage as a group in some energetic exercises.

Any time you get a group of people doing essentially the same thing at the same time will have the effect of creating a connected state of group consciousness, whether it is performing jumping jacks on an empty parking lot, rooting for the same team, ganging up on someone in an online discussion group, or joining a social networking group in order to send “energetic tendrils” to one another. The more of these actions that are performed, the more changes are enacted upon the group, and the more intricate the dynamic becomes.

Changes to a group’s consciousness can also occur as the result of reverberations from situations and occurrences that happen to other groups around the globe. There is a rippling effect throughout all of humanity, from any occurrence anywhere. Certain types of occurrences have a greater degree of effect on different types of groups. The permutations are numerous.